Bob Dylan presented me with the sort of problem I like to have: which of so many classic tracks should be included in Salut! Live's Song of the Day series?

It is my mildy controversial view that many Dylan songs have been improved by others. Walking away from the Stade de France five or six years ago after watching the Rolling Stones in concert, I head the Stones' great cover of Like a Rolling Stone on a merchandise vendor's ghetto blaster and instantly regretted that the band had not played it live that night.

But I do not include the Byrds' Mr Tambourine Man in the same category, though I much enjoyed hearing that version again only the other night (played on a children's roundabout in the south of France). And I cannot imagine any other artist making more of The Times They Are A-changing.

Nor have I come across a cover that could quite match Dylan's performance of Positively 4th Street, its withering sarcasm reputedly his response to folkies who resented his drift from folk to rock. Ouch, I'll take that one on the chin, Mr Zimmerman.

To hear it now takes me directly back to the 1960s. I have aged; the song hasn't, though it has acquired Spanish sub-titles for the purposes of this clip. Wonder how the sarcasm works en español. 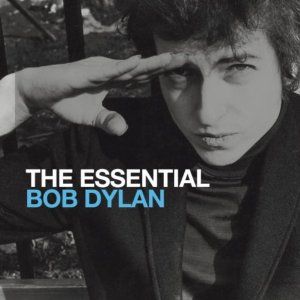 * Not easy to find - it was a single issued between Highway 61 Revisited and Blonde on Blonde, but does appear on The Essential Bob Dylan, which can of cours ebe bought from the Salut! Live Amazon link

‘Positively 4th Street’ would be in my top five Dylan songs; the sustained invective is unsurpassed.

As for the Spanish subtitles, even with my knowledge of Spanish I can follow them. They seem to be a very literal translation, which has all the hall marks of being courtesy of Babelfish!