June Tabor: the power and consuming passion of the sea 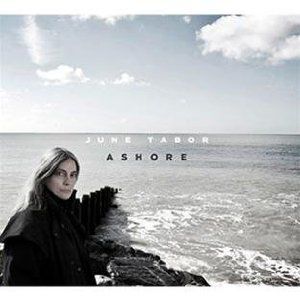 How often have you played a June Tabor album, given it the attention it needed and reached the conclusion that you have been listening to a wonderful work of art from start to end?

It has certainly happened to me, and I am glad to say that with Ashore, a collection songs reflecting was Tabor describes as "wariness, respect and admiration" for the sea, it has happened again.

What she feels for the oceans, it is possible to feel towards her: wariness on first encounter with long, dark ballads that demand significant effort from the listener; respect for the technical excellence of performance and admiration for the natural appeal of one of England's finest singing voices.

There is a superb little essay in the inlay notes in which Tabor tells of her own fascination with the sea, despite having grown up as far from it as is possible on a smallish island, and of the harsher aspects - shipwreck, warfare, emigration and even, when supplies run out, cannibalism.

And then there is an equally superb choice of songs, from the dreamy Finisterre and two pearls from the late Cyril Tawney (The Oggie Man and, The Grey Funnel Line, remembered fondly from the Tabor/Maddy Prior pairing as the Silly Sisters) to Les Barker's 12-minute epic on the Highland Clearances, Across the Wide Ocean.

If Tabor sings regally in English, there is a republican robustness to her delivery in French, which many will know she speaks well. Two examples occur on Ashore. Mention of cannibalism comes in one of them and it does so in, of things, a song commonly sung as a lullaby, Le Petit Navire. My French wife sings it (immediately after Frère Jacques) when she cradles our granddaughter in her arms.

Fortunately, little Maya gets just the first verse, plus a chorus which is absent from Tabor's version collected in Guernsey. This tells of the cabin boy's first voyage; the story, unknown to my wife until she heard it on this album, goes on to explain the exhaustion of food stocks, the drawing of straws and the boy's selection as the matelots' hunger-breaking meal.

Tabor stops short of the happy ending (fish aplenty suddenly appearing on board or the Royal Navy steaming to the rescue). As consolation for being eaten, the boy has a portion reserved for him.

One day, Maya shall know all this; not, however, for now. But I'll bet the rich tones of Tabor's voice are already fixed in her head and the time may also come for her to explore more fully the repertoire of a great artist.

* Ashore by June Tabor can be bought at the Salut! Live Amazon record shelf by clicking here.