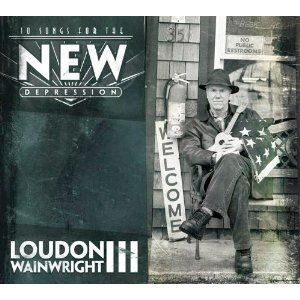 The "I Love Folk Music" group at Facebook had 2,098 members last time I looked and that is a figure that exceeds Salut! Live's readership by a country mile. they've been running a "favourite artists/writers etc" thread of late, and I am not sure that Loudon Wainwright III has figured yet. Let Pete Sixsmith set things right ...


It’s a Monday night at The Sage, Gateshead; first day back at work for the 50 somethings who are thronging in the foyer, waiting for an evening with the man once described as “the next Bob Dylan”.

While Dylan can sell out the Arena on the dark side of the river and various halls in The People's Republic of China, Loudon is satisfied with a 50 per cent capacity at Norman Foster’s Great Green Condom. I’ve seen Dylan at the Arena and Loudon at The Sage and I know which one I prefer.

He had his daughter, Lucy Roche Wainwright, open the show and a mighty fine job she did, with her ballads and songs about the NHS on a Saturday night and unrequited love. She warmed the audience up nicely for her dad, who appeared gurning and grinning to give us a grand example of how to entertain an audience.

Loudon is, first and foremost, an entertainer; he likes to talk to his audience. He engages with them, talks to them and gives them what they want, not what he decides they want. Very unDylan like.

This set was heavy on family and relationships. Songs for Martha (Five Years Old, with its lovely line about him getting the pony for next year), songs about his mom, the almost oedipal White Winos, songs for Rufus (When I Was Your Age) and songs, lots of songs, about his dad.

It must have been a tense house when he was growing up. Certainly a well-heeled one, according to his opener Westchester County, but full of angst and struggle. Nobody but Loudon could write a song like Dead Man, about the fear of metamorphosing into your father, with such panache and humour.

As well as dissecting the Wainwright clan on stage, he also sang about the ageing process, something I share with LW. The only new song he sang all evening was My Meds, a belter about the drugs that he could be taking for all the ailments he probably has.

There were a couple from Songs Of The New Depression and from High Wide And Handsome, his Grammy Award winner based on the life of the North Carolinian Charley Poole. They gave him the chance to show off his banjo playing and to pay homage to a man he clearly likes. 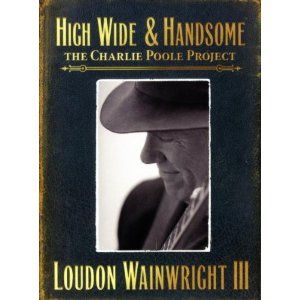 He ended up doing requests (Dylan doing requests???) and even played Dead Skunk, a song he must by now loathe, but which his fans love. A group of fanettes asked for I Wish I Was A Lesbian and he responded, allowing him to pull ridiculous faces, stand on one leg and make strange movements with his tongue.

A most enjoyable night from an artist who has given me much pleasure over the years. Thanks, Loudon and Lucy: a grand show.

* Buy Loudon Wainwright III Cds - and pretty much anything else - by clicking here to use and explore the Salut! Live Amazon link