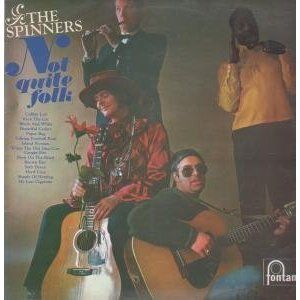 Can it be as long ago as 1988 that I received a phone call from Hughie Jones telling me the Spinners, formed way back in 1958, had decided to retire?

In those days - and until 2007 - I wrote about folk for The Daily Telegraph.

Whether the call was in 1988, the year usually given for their retirement, or a little later (fittingly, the band played before the Merseyside FA Cup Final of 1989 and more dates in the early 1990s), it was an awful long time ago. As I have mentioned at Mudcat, I remember it vividly for Hughie's mock-defensive opening line, before even introducing himself: "Are you a Spinners hater?"

No, I wasn't then and I'm not now. It is great to hear that the three survivors - Cliff Hall, the Caribbean Liverpudlian of the band, died in retirement in Australia in 2008 - will be at Uttoxeter Racecourse next month, not for a pensioners' outing to the races but for the Acoustic Festival of Britain.

And Hughie, along with Mick Groves and Tony Davis (aggregate age 228 - all three, not just Mick and Tony!), plus Cliff's son Clifford on dad's behalf, will not only collect a lifetime's achievement award but sing songs they made familiar during a long career that made a vital contribution to the popularising of folk music. It is no exaggeration to say that the efforts of the Spinners played a huge part in guiding a 1960s audience into the folk clubs of Britain.

There were many detractors, as Hughie's question to me suggested, and were not among my preferred performers. But, again as I said at Mudcat, they "did what they did with honesty and a certain amount of style, and helped enormously in directing some people towards a deeper exploration of folk music. The point is that many of us would not have started that journey of discovery had it not been for the likes of the Spinners and Clancys."

Well, Nik Kershaw for a start. Nik Kershaw, I hear some exclaim. Louise Harris, my friend at www.rockandrollbabyworld.co.uk tells me "the 80s pop hero (is now an) acclaimed singer/songwriter who has successful re-launched his career as a 'serious' musician. Expect a mixed selection of new material as well as all the old favourites." 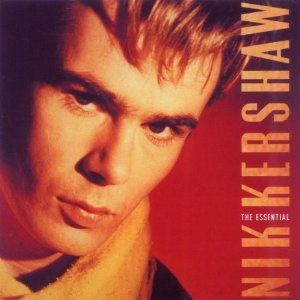 Nik and the Spinners are there on the closing day, Sunday May 22, as are Fairport Convention and the Strawbs, pioneering folk-rockers who both had the enormous honour of being fronted (for two separate stints in Fairport's case) by the much-missed Sandy Denny.

It is an intriguing bill that promises richly varied entertainment throughout the weekend. On the opening evening (Friday May 20) the attractions include some American hillbilly rock from Hayseed Dixie and a set - without Tom Jones - from Cerys Matthews, best known as Catatonia's singer and a long-established lover of folk. 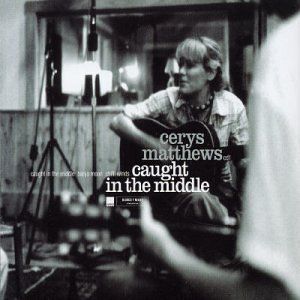 Maintaining the theme of people who've been around for a while, which could also describe the author of Salut! Live, Steve Harley is there with his Cockney Rebel on the Saturday night along with the former Rory Mcleod, Hazel O’Connor and relics of Marillion and Wishbone Ash.

That's the flavour of it, but Louise talks of a mix of "unplugged and acoustic music from the genres of folk, roots, Celtic, blues, pop, rock, ska, burlesque and much more".
And campers note there is the promise of "plush toilets and hot showers", neither of which I recall from my early days of attending festivals. Visit www.acousticfestival.co.uk for details.

* Albums by any of the artists mentioned, and others of course, can be bought at decent prices via the Salut! Live Amazon link. Help yourselves, help Salut! Live.