Home Archives Profile Subscribe
Transatlantic Sessions: a Big Society that works
Joan Baez in Marseille: no Farewell yet from this Angelina 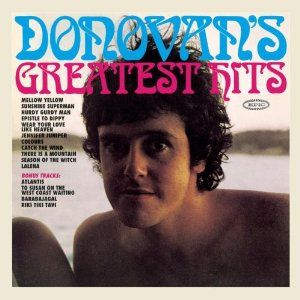 Salut! Live readers with memories will know that after several years as a member of the voting panel, I excluded myself from this year's BBC Folk Awards process. So anything that follows will have an even bolder mark of objectivity ... apologies for relying earlier on the BBC press release, minor grammatical lapses and all. I was a bit stretched over at Salut! Sunderland ...

Help yourselves, help Salut! Live: buy CDs by any of these artists at our Amazon link

When I was a much younger folkie, we knew where we stood on Donovan. Hummable, singable pop, maybe, but not Dylan and not folk in a million years.

Attitudes - rightly, I would say - have changed.

And while I can hardly claim to have been hugely familiar with Donovan's work since the days of Catch the Wind and Mellow Yellow - which, secretly of course, I liked even then - I do know that he has beavered away in commendable fashion for 40+ years and therefore deserves his Lifetime Achievement Award, presented at last night's ceremony.

Donovan received his award with these words: "I'm honoured to receive this Lifetime Achievement Award from the Radio 2 Folk Awards. I was fired with the mission to bring Celtic music back to popular culture and I'm so glad the new generations have taken up the torch." 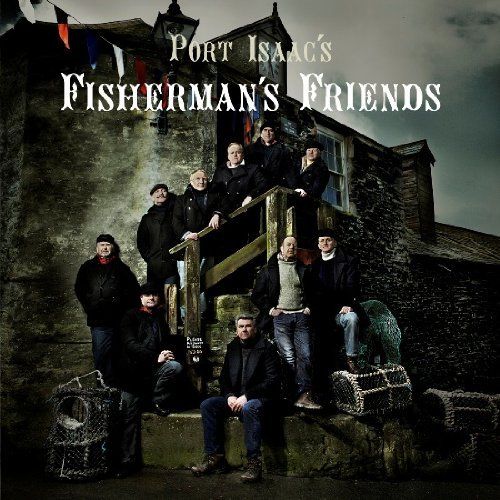 The Good Tradition Award, presented by Kate Rusby, was won by the singing group, Port Issac's Fisherman's Friends, and marked their contribution to "the continuation of traditional folk music", underlined by the eponymous album that reached the UK top 10 charts last year. 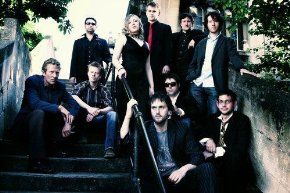 The BBC described Bellowhead (best group, best live act) and Chris Wood (folk singer of the year, best original song) as the big winners of the night, broadcast live for the first time.

Let's hope Bob Shennan, controller of Radio 2 and 6 Music, meant it when he said: "The Folk Awards are a highlight of the Radio 2 music calendar and perfectly exemplify the network's commitment to a rich and diverse range of music. As the folk scene goes from strength to strength I'm really proud of Radio 2's involvement in the genre."

The Musician of the Year award went to the brilliant, versatile Andy Cutting, the second time he has collected the honour in four years. Nancy Kerr and James Fagan formed the Best Duo and the Levellers won the Roots Award.

Album of the year was Gift, by Eliza Carthy and her mum, Norma Waterson.

Folk Singer Of The Year

Musician Of The Year

Album Of The Year

I saw Donovan in September, headlining at Moseley Folk. His 70s albums were being remastered and reissued and I feared the worst when I saw the full band set-up but he was absolutely spot on, just what you would want from a 'legend' closing a great day's music. Did a great solo acoustic set, mainly hits but with little gems like 'Josie' and 'Lalena' thrown in. Then he brought on a cracking band of seasoned pros to knock out great versions of 'Sunshine Superman', 'Hurdy Gurdy Man', 'Season Of The Witch' and the rest. Talking afterwards with a mate, the only hit we could think of that he hadn't played was 'Celia Of The Seals', which we agreed was a good thing!