Home Archives Profile Subscribe
The Isle of Avalon: when Irish dance is not quite what it seems
Andy Irvine: cold comforts 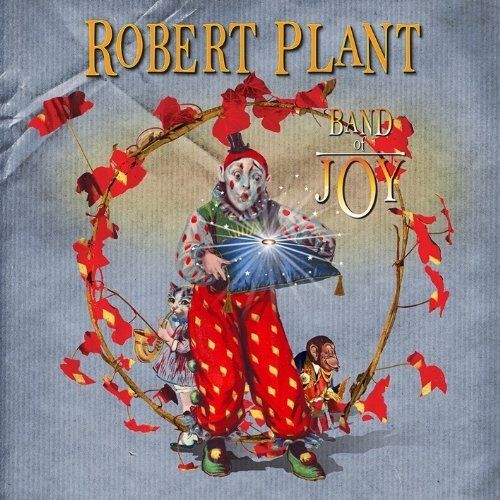 So the review - for The National, Abu Dhabi, which kindly consents to the reproduction at Salut! of my work for its Arts pages - was done and dusted. One question remained: how many stars would I give Robert Plant's new album Band of Joy? Three - that's out of five, of course - I said, since I had reservations. Then I reflected on my mark: had it been out of 10, I would certainly have gone for seven. So at three-and-a-half, it seemed fairer to go up a half to four. Not the weightiest decision I have ever had to make, but - now made - one I feel comfortable with ...

To the intense disappointment of the army of fans who revered Led Zeppelin, and the dismay of surviving fellow members of the band, Robert Plant just wants to move on.

Having slipped more quietly into his sixties than some of his peers, the former lead singer of one of the mightiest forces of world rock resists clamour for another reunion. The one-off 2007 concert in London may have been special; to Plant, it was properly one-off all the same.

Yet his interest in making music remains intact. Rather than amble into serene and affluent retirement, Plant bursts with a younger man’s curiosity and passion for exploration, and this can be detected almost from start to finish in his latest life-beyond-Zeppelin exploit, Band of Joy.

Robert Plant as a solo or collaborative artist divides fans and writers. His 2007 pairing with Alison Krauss produced the acclaimed, multi-Grammy-award-winning album Raising Sand, but he has faced criticism, too, and we are already witnessing early signs of a polarised response to Band of Joy.

Internet sneak previews have drawn, among established Plant admirers, plenty of adulation and also some weary disdain. But some of the sniping is driven by resentment at his refusal to team up again with his fellow Zeppelin survivors Jimmy Page and John Paul Jones.

In fact, if not quite a masterpiece, Band of Joy is engagingly laid-back with lots of reflective charm. Recorded in Nashville, with Buddy Miller sharing production duties with Plant as well as contributing some inspired guitar work, it owes more than a little to Americana. But the influences extend much further, and any fleeting glimpse of Zeppelin nostalgia is overwhelmed by echoes that range from psychedelia to contemporary indie rock.

There are sublimely memorable moments. The dreamy vocals and lush arrangement on Silver Rider rival Coldplay at their most magnetic, and Plant’s raucous House of Cards sounds briefly like his own property rather than a dip into the Richard Thompson songbook.

The quality and impact do vary; the gutsiness of that Thompson cover immediately follows Angel Dance, a Los Lobos song delivered with a strangled shadow of the big, definitive voice of rock. Falling in Love Again stickily recalls an earlier post-Zeppelin example of unexpected corn, Sea of Love, with The Honeydrippers.

In a recent interview, Plant talked of feeling “somewhere between a teenager and an old man” and the statement neatly defines what we hear. At times, he could be reinventing himself as an energetic young troubadour making his way in small, intimate venues. Once or twice, it seems fair to ask whether we are seeing the start of a descent into pub-rock complacency.

But strengths comfortably outweigh weaknesses. The playing throughout is assured – nothing obvious has been thrown into the mix to make up the numbers – and it is refreshing to note Plant’s undiminished capacity for surprise. Harm’s Swift Way, the last song written by Townes Van Zandt before his death, has mournful beauty; and You Can’t Buy My Love is an irresistible slice of uncomplicated rhythm and blues.

Band of Joy may be destined to attract attention mostly because of who recorded it. Even so, Plant deserves enormous credit for rejecting easy opportunities to trade on past glories, choosing instead to show that age need not smother the spirit of adventure.

An early illustration of Plant’s desire to break free from a rock straitjacket. Exploring Scottish folklore, he wrote Battle of Evermore, and – exceptionally – handed the main vocals to the incomparable English folk singer Sandy Denny, inspiring an unforgettable chapter of Led Zeppelin’s history.

An essential reference point for any study of Robert Plant is the back catalogue of one of the world’s greatest rock bands. Thirty years after Zeppelin disbanded, there are pricer boxed sets but this combination of two volumes, Early Days and Latter Days, covers the ground admirably.