Home Archives Profile Subscribe
Salut salutes fROOTS: a winner by any name
Graham Hinton and Owen Houlston: no messing with the blues 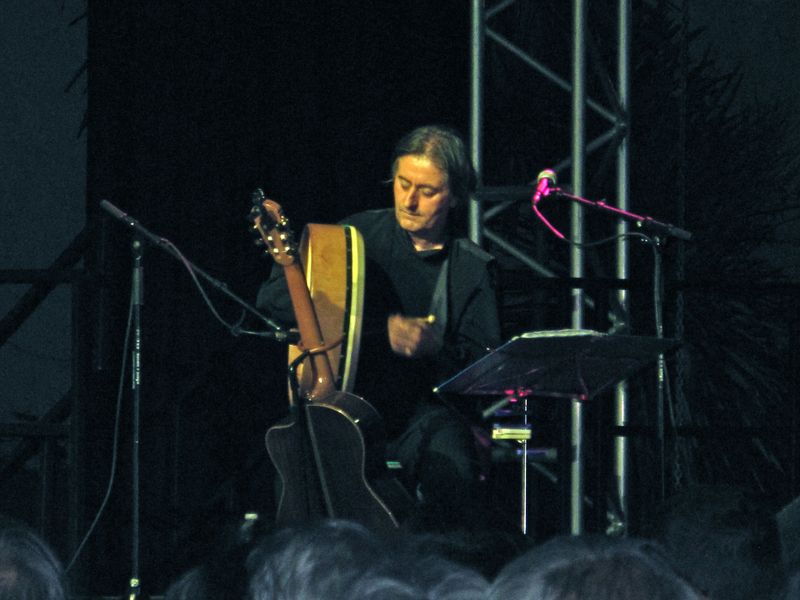 The name of the band recalls all those grim albums using Celtic as an adjective because some marketing suit has decreed that Celtic sells. Well, not all of them but you know what I mean.

Driving along the corniche from Le Lavandou to La Croix Valmer, I was conscious that we might be late for Irish Coffee's open-air, free concert but it would be an exaggeration to say I minded very much.

In the event, we arrived and parked just in time to hear the band being introduced and to walk around the edge of the rows of seats and fight our way to couple of spares. A French wife helps in these circumstances. 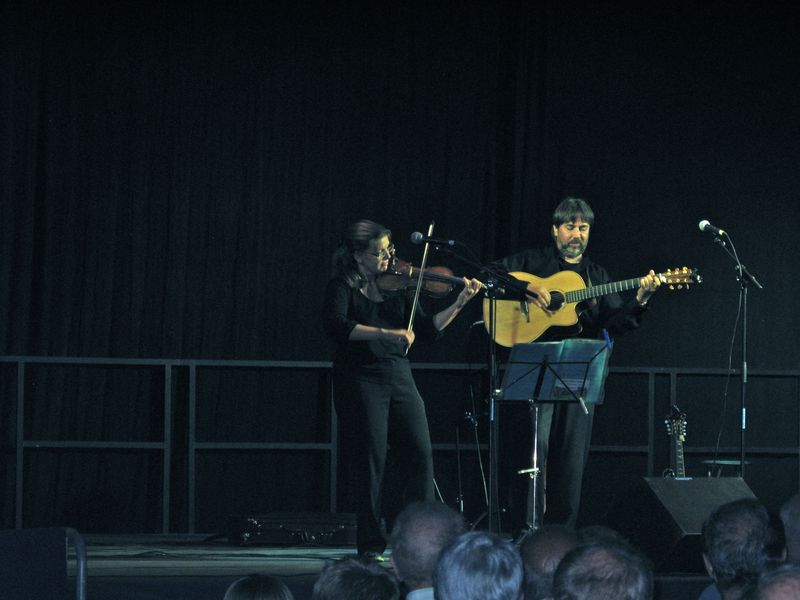 As the concert began, my heart sank a little. An oddly tinny, nervous sound, a couple of bum notes and a static-looking quintet looking prepared for a long night. An unimpressive pinch from Alain Stivell convinced me we'd be leaving early. I've seen enough to last a lifetime of lame Irish ensembles cashing in on the international public's lingering fascination with Riverdance.

But what's this? A thoroughly engaging French leader starts talking to the audience, guiding them on a lyrical journey through the Celtic or Celtic-influenced parts of the world, from Brittany to the south-west coast of Ireland, up to Connemara, across to the Louisiana cajuns, up to the Acadians of Canada - "French and Irish settlers got on so well because they had the same enemy: the English" - and back to Ireland and Scotland. 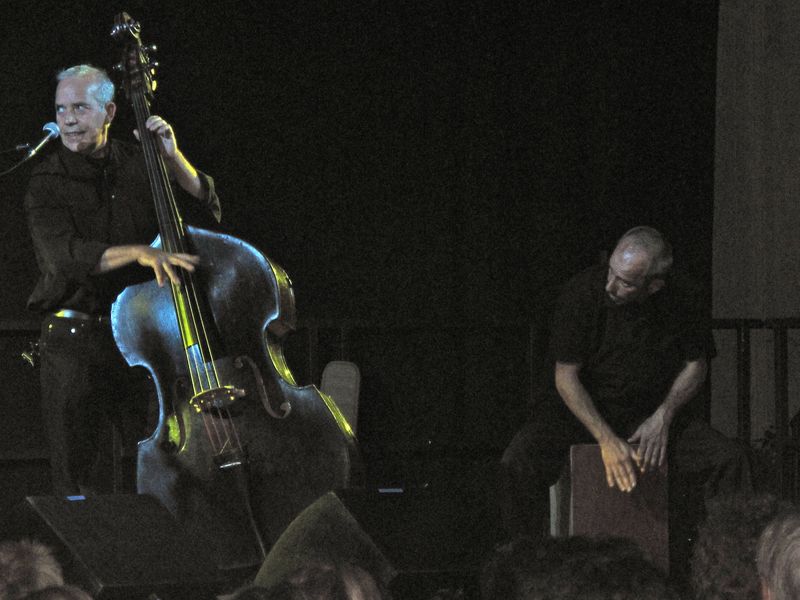 And all the while, the music was becoming more confident, stronger in every department: fiddle, guitars, double bass, bodhran, mandolin ...

They lacked a strong enough voice for my liking but the variety, fluency and technical authority of the instrumentals grew quite beguiling.

So, with all that knowledge of Irish and North American folklore, that fund of stories from west Cork and Canada, what's the story behind the French leader (a man who must surely be a teacher, and a good one at that - and I swear I have deliberately not looked him up) of an Irish band that speaks and sings only in French? 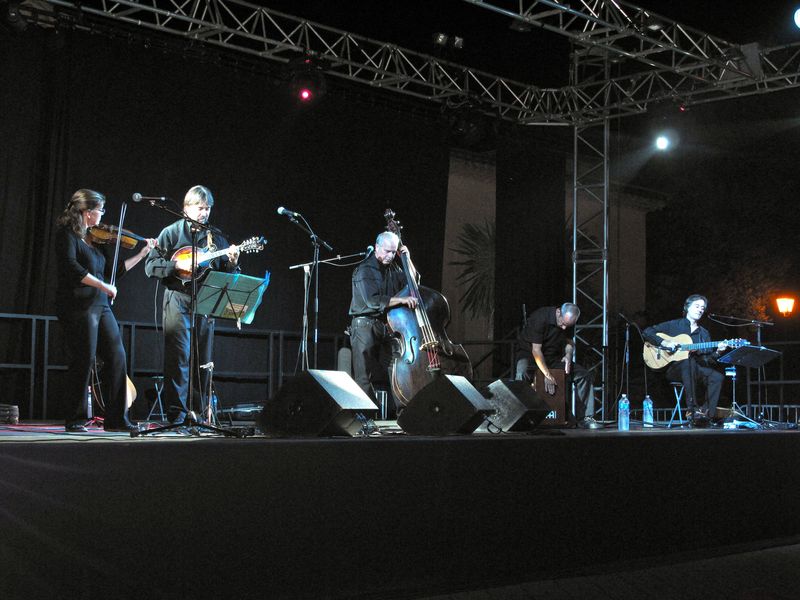 The answer is simple: the knowledge has been acquired. The band is as French as my wife. They are based in the Var. That charming, witty and clearly gifted frontman, I now know because we've exchanged e-mails, is Vincent Inchingolo.

And they are very, very good. Being French, they are also excused the choice of name.