Home Archives Profile Subscribe
Irish Coffee: an unexpectedly fine brew
The Isle of Avalon: when Irish dance is not quite what it seems

Graham Hinton and Owen Houlston: no messing with the blues 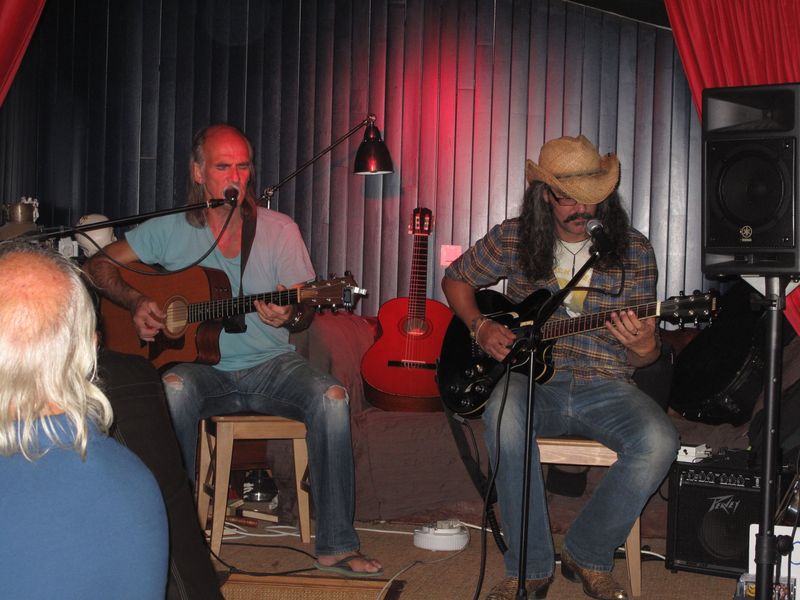 Readers at one of my other places, Salut!, have already been introduced to the new jazz and blues cellar in Rackham le Rouge, named after the pirate in Tintin's adventures and recently opened in the little French resort of Le Lavandou, midway between St Tropez and Toulon.

My third visit, having popped in for a quick drink to say hello to the English bar manager Steve Grieves and then returned for a French jazz guitar duo, Histoire de Swing, brought a delicious reminder of the music that helped lure me into the folk clubs of North-eastern England so long ago.

Graham Hinton and Owen Houlston played an excellent set of blues, drawing on Little Willie John (a suitably dreamy Need Your Love So Bad), Bessie Smith and especially Rob Johnson and Big Bill Broonzy. Just the sort of material pale-faced English boys were playing back in the late 1960s.

One of the ways they could get themselves heard in those days was to play it in folk clubs. And it was to such places that I found myself propelled after discovering first John Mayall and later the touring American Folk Blues Festival tours which brought Sonny Terry and Brownie McGhee and other blues giants to Britain.

Graham Hinton is of similar vintage. He nearly landed a job as a television reporter, blowing his chances - on his own account - by saying something crass at interview, and instead became a prominent figure in UK advertising (must get him to flog some space on the Salut! sites). 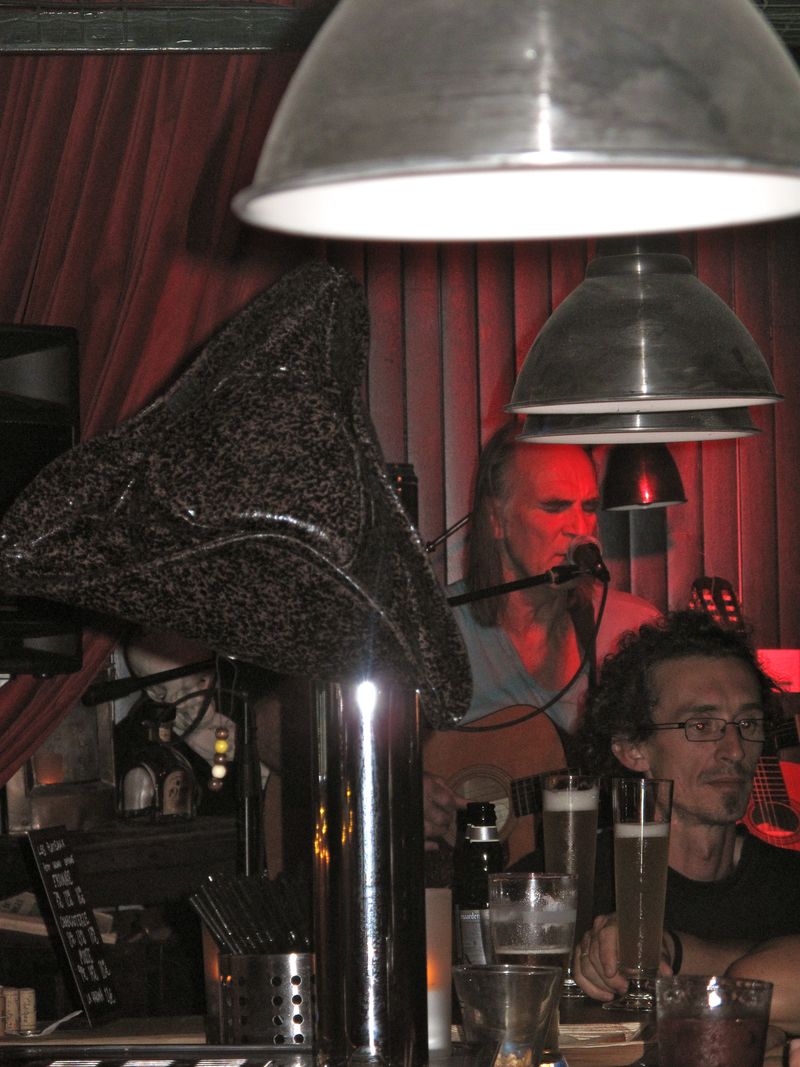 But his first love was playing the blues and that is what he now does, based in the south of France, sur le pont d'Avignon no less. Alert fans of the genre will recognise his name from Mess of Blues.

Owen Houlston, a veteran of the London scene, is known from his band The Red 8. His growling, head-down intensity delivered a perfect counterpoint to Hinton's smoother style. It also appealed to the French part of the mixed audience; this was certainly the first time I have heard people actually clapping along to the blues. 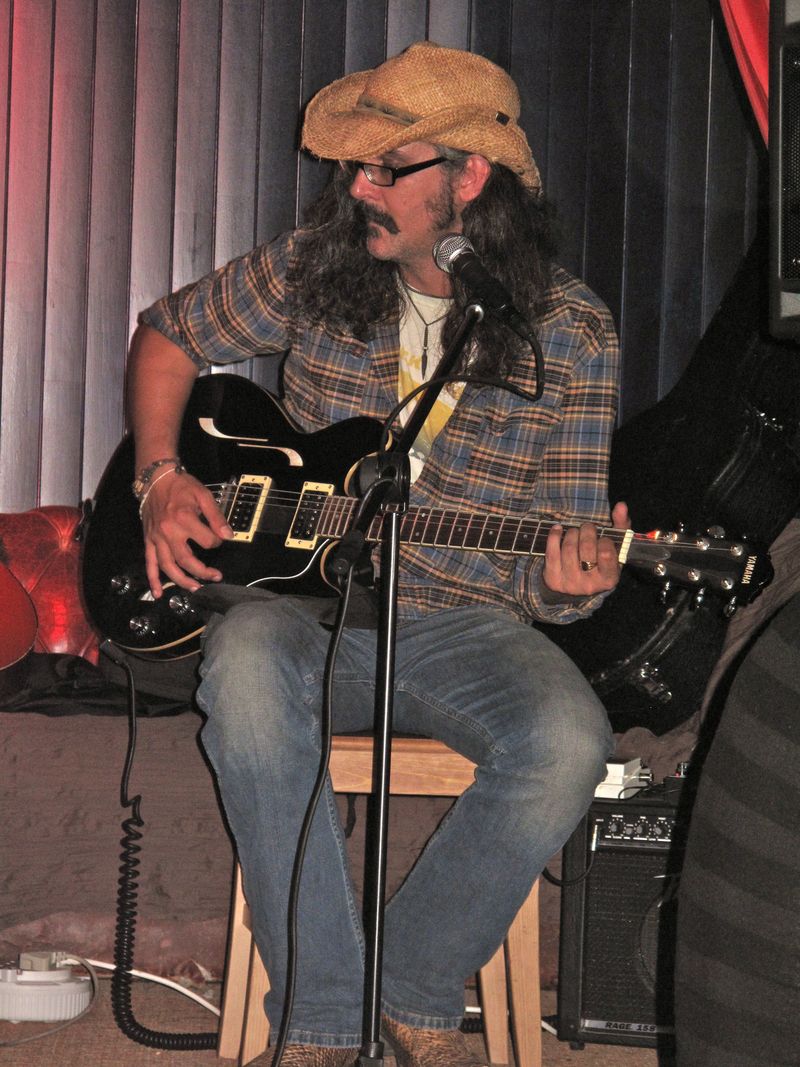 And speaking of audiences, it was encouraging to note, after my short discussion on Rackham le Rouge's chances of establishing itself in a difficult market in difficult times, that the small downstairs bar felt almost full. That may have had something to do with the Quinze Août fireworks display, which meant lots of people would pass by on their way back from the beach, but if it helps spread the message, so much the better.

And it has just occurred to me that this was my most satisfying musical experience in Le Lavandou since the mayor, Gil Bernardi, saw to it that the evergreen Mayall - he's a fan, too - played in the open air Théâtre de Verdure three years ago.