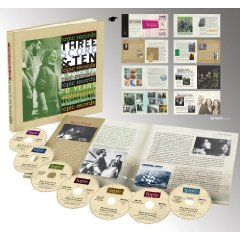 The answer to my own question is that I am having it all ways. This has been a thin year for Salut! Live, a consequence of the time I have necessarily spent on the day job (and developing another of my sites, Salut! Sunderland). The records don't flow my way quite as they did. But I could not let the year end without sharing my thoughts on the best I did come across in 2009 ...

The organisers of two British folk awards approach me each year for my nominations in their year-end polls.

Cara Dillon's Hill of Thieves may seem an obvious inclusion for CD of the year, her outstanding version of Spencer the Rover for best traditional track.

And so I voted, in the BBC Radio 2 Folk awards. The album was also among those listed by me in the fRoots poll (for which judges are not required to place their choice in order).

So Hill of Thieves is Salut! Live's album of 2009? No. That is where having it all ways comes in.

A misunderstanding on the release date led me to name it my album of last year. The confusion may have been mine but I am stuck with the choice I made. Since the album was considered a 2009 candidate in both the BBC and fRoots polls, I had to nominate it there.

Salut! Live is under no such obligation, and will continue - however erroneously - to regard Hill of Thieves as last year's event. I had the album in November, for heaven's sake.

So to my top 10 folk albums for 2009. One note of caution: I no longer receive albums in the numbers that I once did. Some that would probably have featured in my list in other circumstances have not come my way.

Partly for this reason, I have made no distinction between new CDs and reissues. The effect of this is that I have decided, for the first time since I began naming my album of the year two decades ago, to place two albums - one new, one a compilation - in joint first place.

A tremendous follow-up to The Bairns from Rachel, Becky & Co. From the title track to the tribute to a departed friend, "Lucky" Gilchrist, and a new look at Annachie Gordon that somehow recalls what Barbara Gaskin did to Lesley Gore's It's My Party, this is seriously good fare. But nothing stands out more than The Testament Of Patience Kershaw, based on a teenage girl's sobering account of life at the pit in 1842.

A fabulous seven-CD dip into the archive of Topic Records, starting with the incomparable Nic Jones but incorporating examples of some of the greatest music to be produced in Britain over the past 70 years. 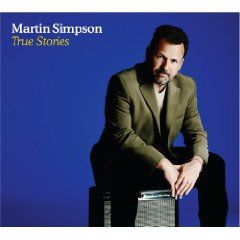 
Growing up in America, Debra Cowan fell in love with the folk and folk-rock sounds trickling across the Atlantic. Dedicated to her brother, who died far too young while the album was being made, it is warm, beautifully performed and utterly compelling.


5 Show of Hands: Arrogance, Ignorance, and Greed (Hands on Music)

Ambitious, literate, incisive. Another classy album from a duo in touch with the common man.

A reflective set from the Oysterband lead singer, inspired by his love of the countryside - and serious walking (one of my regrets of 2009, not being able to join him for part of his journey as he travelled from gig to gig on foot, was tempered by the knowledge that I couldn't have kept up).

One of English folk's brightest sparks, and the album's delights go far beyond the cheery remake of Fairport Convention's Si Tu Dois Partir .

One of two Shirley Collins resissues this year (Adieu to Old England was the other) reminds us of the qualities that established her as one of the folk revival's greatest figures.


If one voice lured many of us growing up in North-eastern England into folk music, it was Louis Killen's, and this remains essential listening.