Not before time, Salut! Live returns to business. The moving is done, for now, and with abject apologies to readers and to artists and their champions who have sent CDs into the void of this neglected site, here we go again ...

Over at The Guardian, we are told, people cannot stop playing Ruth's remake, 40 years after Fairport Convention took it into the charts, of the Frenchified version of Bob Dylan's If You Gotta Go, Go Now.

Since it is inconceivable that the Graun arts department would employ anyone old enough to remember the original, that is perhaps not surprising.

I like it, too, though if I am to be honest, I do not like it nearly as much as I enjoyed Sandy Denny's interpretation. That is not because Ruth Notman is not a fine singer - she is much, much more than that, as is confirmed by a sneak preview of The Life of Lilly, the album from which this single is taken - but because Sandy was and remains incomparable.

My first thought was that Ruth's French accent reminded me of mine, except that she has the excuse of not living in France. I cannot recall whether Sandy also pronounced the final consonant in the phrase va t'en, which the French wouldn't do ... but then this is leading us into a minefield of pedantry.

Who remembers the story behind the song? Did Sandy rattle off the French translation backstage one night, as one account has it, or did Fairport call out for a French person or speaker in the audience at a gig and get him/her to do it, as I believe another version suggests?

Either way, and despite the unjust nitpicking (the moment Ruth informs me she has A level French and did a year as an au pair in Tours, I will take it all back), this is a thoroughly enjoyable summery sort of record from a young artist of immense charm and class, and in a fairer world it would be a hit. And just wait for that new album ... 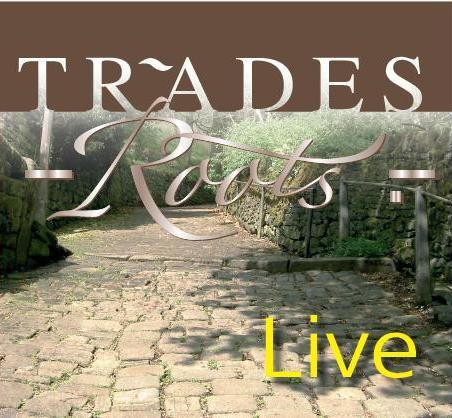 Hebden Bridge is not a place I have visited. It follows that I cannot have been to the Trades Club, though I do have clear memories of typing its name repeatedly when preparing listings for The Daily T***graph.

This superb album of live performances from some of the exceptional artists who have played at the club fills these gaps in my experience, and in admirable fashion. It also enables me to mention one or two of the individuals who took the trouble to send me their own albums at a time when Salut! Live was effectively silent. By a happy coincidence, their contributions are among the most compelling.

Steve Tilston, for example, has been played over and over again in the car, both his own album and on the Trades compilation where two of its tracks appear. If a better song than The Road When I Was Young appears this year or next, I want to hear it.

In fact, the album features people who have turned up over the past year and a half for Steve's monthly sessions at the club (I believe he lives close enough to make that feasible).

Among the contributors, you will find Robin Williamson, Chris Smither, Wizz Jones, Stephen Fearing and Clive Gregson. And Flossie Malavialle's striking take on Jacques Brel's Amsterdam, a song written decades ago but so intense and evocative that it is still heard at least once a week on French radio.

There is little that doesn't warm the heart but my own preferences - again thinking of those unreviewed CDs - include Jez Lowe’s Yellow Hair. In an age of beleaguered live venues and grim Cowell-driven music, Trades Roots Live is a sparkling treasure.

I will add links or references to those neglected albums, perhaps in a subsequent review that will also take in Martin Simpson, Debra Cowan and many more, but here is the full Hebden Bridge running order:

1 The Road When I Was Young Steve Tilston

2 Leave the Light On Chris Smither

3 For the Loan of a Glass of Beer Robin Williamson

12 Blood of the Lamb Duck Baker

I quite agree your comments on Ruth's single. It's a great summer song and fitting that someone like Ruth should be chosen for it. I love it, but I love FC's version more, mainly for Sandy's voice. I love Ruth's too; it's not a competition, after all.