Poor show. Will do better Salut! Live has not evaporated. Its editor, publisher and general dogsbody has not, to the best of his knowledge, died. He hasn't even lost interest.

He can do little more than appeal for a little patience.

I am in the middle of a three-country move, UAE-UK-France - that's me, below on the left, at my farewell party on the beach in Abu Dhabi. There are logistics to sort out, a newish granddaughter to spoil, a troubled football club to support and work that pays the rent - very much unlike Salut! Live - to do.

What passes for normal service should resume around these parts towards the end of April. So apologies to Bruce Murdoch, Jack Crawford, Jez Lowe, Steve Tilston, Kerfuffle and others whose albums are well overdue review.

As Niall Quinn once wrote, when invited by me in the middle of a relegation season to put something positive in a personal message in the autobiography I was buying at the time: "Keep the faith." 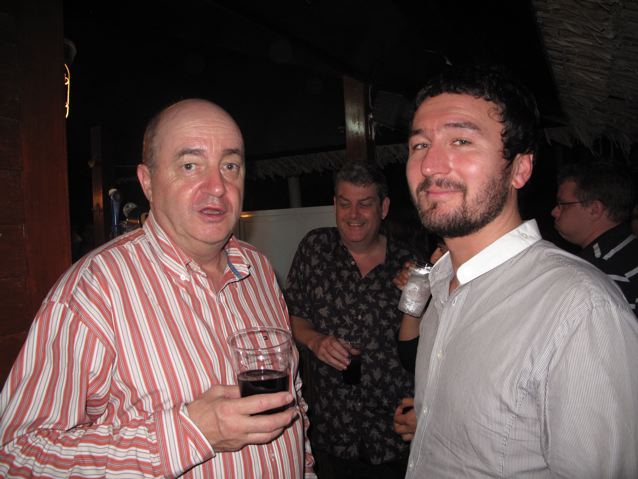