His own website says this: "With heavy heart and an unbearable sense of loss we must announce that John died this morning." 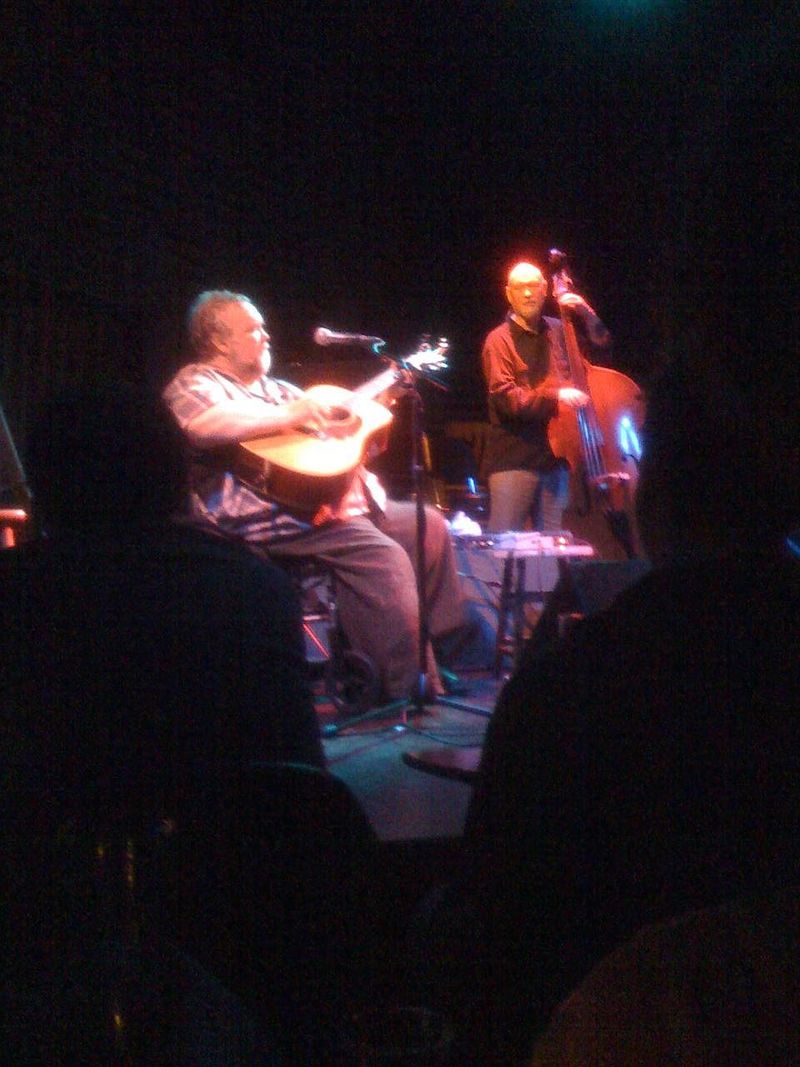 I saw John only once, at one of those all-night sessions at Les Cousins in London's Soho, back in the late 1960s. He was brilliant; he was also, I seem to recall, combative with one or two members of the audience to whose interjections he took exception.

But John was a fine singer, an outstanding guitarist and a gifted songwriter, as the YouTube clip of his most famous song, May You Never, shows. Salut! Live expresses its own sadness and offers condolences to all those who were close to him.

Among much other illuminating information to be found at the official site is this review by Mike Inglis of a recent gig in New York - Joe's Pub on Oct 9 - where John demonstrated both his rare talent but also possible signs of poor health. I hope Mike approves of this reproduction of his words and what I take to be his photograph:

Anticipation was high as I waited for John to come onto the tiny stage at Joe’s Pub in down-town Manhattan. Playing in NY for the first time in over 10 years, the atmosphere was electric, and when he was pushed onto the stage the reception for the man was rapturous. Having been a great fan of his work, but not ever seeing him I did not know what to expect, but after 5 minutes any fears I may have had were allayed. I was after all, only 8 feet from a true music legend, and in my opinion, genius. His trademark earthy, and at times, impossible to understand voice [at least for my US girlfriend], his incredible guitar playing and his unexpected wit, were all on display. Playing with his great friend Danny Thompson, the empathy between them was obvious to all. Danny keeping to the tempo of John’s often syncopated rhythm’s. These two guys were born to play with each other and all the classics were played including Solid Air, May You Never, and Big Muff. But, sad to report, the man was obviously suffering and not at all well, [possibly from jet lag, or in this case, boat lag], as he had to leave the stage after only six glorious songs. I could here people muttering that they felt cheated, but to me, even if he had sang just one song, it would have been worth every penny. Get well soon John, and come back and play for us again. This expat for one believes that you are a one of a kind and make some stunning and deeply moving music, and a bit of a wit too!

I'm not a folk music fan but I remember the crime writer Ian Rankin chose John Martyn's Solid Air for one of his songs on Desert Island Discs.

I saw John play a few times when he and I were both young. Solid Air will remain one of the all time classic albums.