His own website says this: "With heavy heart and an unbearable sense of loss we must announce that John died this morning."

Feisty. That was the word I was looking for. During the first part of the Cara Dillon interview, I admitted to having floundered while searching for the right word to describe the changes I had detected in Cara's voice on her new album Hill of Thieves. Was it mischievous? No. Sultry, sensual, strident? Not really. But there was attitude, of a sort I had not noticed before in Cara's vocals; she attributes this to the "different frame of mind" she has experienced since her twin boys arrived so prematurely just over two years ago. So feisty it is. The word was banned by the features editor when I worked at The Daily Telegraph. As someone who decides and enforces newspaper style, I can see why. It had become the first port of call for too many lazy writers. But it is STILL a good word if applied sparingly. I cannot recall the last time I used it, if I've used it at all, and you don't get much more sparing than that. Here, then, is the second part of Salut! Live meets Cara, a series of quick questions; the number usually depends on how many the person in the hot seat chooses to answer. It is short but sweet, telling us just a little more about her. And see her highly talented sister Mary in an obscure clip I managed to dig out at YouTube; it sits perfectly with the gem above, Cara in duet with Paul Brady, Sam adding exquisite piano..... 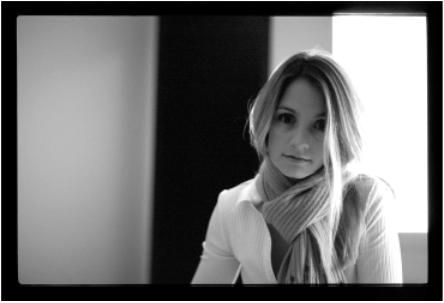 When you've given birth to exceedingly premature twins, what people think of how you sound on a particular song, and how you pronounce the name of a Yorkshire town, must seem desperately petty.

Cara Dillon was entitled to take that view, but didn't. In this frank and thoughtful interview, conducted by e-mail because of the huge distance between us, she has given Salut! Live great answers to both questions, and to a lot more besides.

The song is There Were Roses, Tommy Sands's harrowing yet beautifully told story of two friends from either side of the loyalist/nationalist, Protestant/Catholic divide who were murdered for what they happened to be.

A few people have criticised Cara's version, suggesting that she has the wrong kind of voice for the song. For me, the criticism is absurd. Cara - with discreet piano accompaniment from her husband, Sam Lakeman, giving subtle assistance to what she calls the "powerful message within" - gets as close to perfection as is humanly possible. I have already pointed out that the location of her upbringing (Dungiven, near Derry/Londonderry) utterly defeats the charge that her interpretation may be lightweight. Do not take my word for Cara's street cred on this issue; read what she has to say about it.

The Rotherham bit - as in "how do you say it?" - is good too, in much more frivolous vein (Cara being so intrigued by the question that she asked relatives back home how they'd pronounce it). And she talks openly about motherhood*, the meteoric rise to fame of her brother-in-law Seth Lakeman and the joys of life in Somerset.

Please read on. In keeping with Salut! Live tradition, the interviewee is allowed to answer each question exactly as he/she wishes and both elements of the electronic conversation (Q&A) are reproduced verbatim. And there'll be the usual bonus track of a quick questionnaire; look out for it over the next day or two...

Living thousands of miles from the West is no longer much of an excuse for missing important news from home. But it happens.

Today, I responded to a message at Mudcat to the effect that the hugely influential guitarist Davey, also known as Davy, Graham had died at 68 of lung cancer.

No sooner had I posted a very short tribute of my own than someone else at Mudcat added a comment pointing out that Davey's death had already been covered in an earlier thread. In fact, he died in mid-December.

Read the comments, look Davy up on the internet and on record.

It happened last year, so no surprise that it has happened again. Votes are cast, lists compiled, the year's best CDs chosen (best as in the best I've heard, on a purely subjective judgement, for those uncomfortable with the word). And then the doubts creep in. Should Graham and Eileen Pratt have been somewhere in any list of 10? Probably, but there's a limit to how many albums you can put in joint 10th just to fit more in. And what about Tom Bliss (above) and Brian Peters? Read on.....


Years ago, my wife, who is French, would travel home from work by a tortuous route that covered much of County Durham. It started with a lift from Shildon to Chester-le-Street (not passing Pity Me, but that's another story), and continued with at least one bus on to Stanley and finally to Hobson (where we lived, though not necessarily by choice). One evening, the bus that normally said "Stanley" said "No Place" instead. I leave it to the reader's imagination to think about the kind of conversation that ensued between young French lass and grumpy north-west Durham bus conductor.

What our ancestors chose to call some of the small towns and villages of England is a joy to behold. I used to opt for the A1 for journeys back north at least partly because the exits offered a higher standard of place name than the M1.

Tom Bliss was gripped by similar thoughts as he drove up and down the country smiling at the signposts as they flashed by. One in particular, pointing the way towards the Oxfordshire villages of Mixbury and Evenly, read to him rather like an extract from a Chaucerian cookbook.

With his highly developed imagination and sense of fun, Bliss proceeded not to those villages but to the pages of a good gazetteer, dug out a long list of candidates and turned his own amusement into a splendid poem in which dozens of place names are arranged to form the ingredients and instructions of a wonderful recipe.

If The Whisper contained nothing else, it would be worth the entrance fee of whatever the CD costs. In fact, there is much, much more, from the strident marching beat of Sound the Drum to the understated beauty of The Sin of Mary Prout, a Victorian mum driven by post-natal depression, which no court then recognised, to kill her baby daughter.

If you like intelligent songs, handsomely sung and accompanied, pleasant instrumental pieces and the dry humour of a natural stand-up comic with perfect timing, this may well be the one to spend that unused Christmas voucher on.