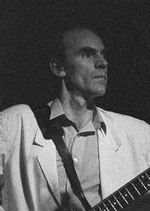 James Keelaghan The Boston Burglar (all from A few Simple Verses)


One of the joys of Keelaghan's album is its deceptive simplicity. Everything is done just right, the songs and tunes are expertly chosen and Danu are playing in the background, thanks to modern technology (since they were nowhere near Keelaghan during the recording process).

James Keelaghan Farewell to the Gold


The kneejerk reaction is to say it cannot touch the Nic Jones version. Exclude the Jones factor and you are left with a noble, sympathetic delivery of a fine song.


No female singer/songwriter has given me as much pleasure as Sandy Denny, flawed and fragile as she may have been. This is not her song, of course, but Richard Thompson's. No matter. It is an achingly powerful interpretation, with Thompson's guitar fully in evidence.

Chris and Kellie While Persuasion (Too Few Songs)


And another Thompson song. Mother and daughter (Chris being the heroine of the Liege and Lief reincarnation at last year's Cropredy festival) do justice to the great man's work.


A slightly fraudulent entry, in that another MacKenzie - in fact a McKenzie, my colleague Rob in Abu Dhabi - is responsible, having played it over and over again when he borrowed my iPod for a couple of weeks. "Loved Talitha MacKenzie, hated Fairport" was his verdict on my library. It is, incidentally, no hardship to have Talitha's haunting Indian chant included here, and I hope soon to interview her for Salut! Live.

Sharon Shannon Got a Hold on Me (both from Renegade)


Like the woman in the Belfast bar said to me years ago: "I could listen to Sharon all night."
For me, she is one of the world's great musicians, not merely on grounds of technical expertise but because she has the ability and spirit of adventure to lure so many other exceptional characters to her side in performance and the recording studios.

Sharon Shannon The First Time Ever I saw Your Face

Rachel Unthank and the Winterset Fareweel Regality (both from The Bairns)


Without apology to the Unthank-bashing Mudcatters who so bitterly resent her modest success. Fareweel Regality stands out from all others on the Bairns (though I have not forgotten a pledge to track down the writer's original version). And anyone who can make a Sunderland fan listen willingly to something with Newcastle in its title must have some qualities.

Ashley Hutchings Ring on her Finger (Dance and Drama)


Of all the folk and folk-rock stalwarts, Hutchings is the one I feel I have neglected a little over the years I have been writing on the subject. I have reviewed, previewed and commended his work, but not to an extent that is in proportion to his immense contributions. Delighted, therefore, to find him represented here.


I do no know why this, and not one of many other Carthy tracks, should have been played through my iPod so frequently. But I welcome its appearance, which I regard as a token of her deep fund of outstanding music.

Apart from Fairport Convention, never heard of them!