Delayed by the demands of a day-time job, accommodation hunting beneath the Arabian sun and playing with a new blog - go there only if the North East of England interests you - Salut! Live has taken its time to complete this series.

But here goes with the remaining reviews of albums brought to my attention by the recent thread I opened at Mudcat.

Sometimes an album is so impenetrable on first acquaintance that repeated hearings, a non-negotiable part of the fair-minded reviewer's duty, become a dreaded chore. Then there are the ones you want to go back to again and again even when you know you should be listening to something else. All Rogues and Villains falls squarely into the second category. Records are good for all sorts of reasons; this one is especially good because everything that is going on strikes just the right note. McFarlane's lead vocals, a combination of qualities that can be very roughly placed somewhere between Robb Johnson and the Oysterband's John Jones*, are perfectly suited to the task. The arrangements are flawless. And from the opening track Botany Bay onwards, the choice of material achieves a splendid balance of vigour, melody and pace. Usually a sucker for a strong female singer in any folk-rock band, I found myself unjustifiably irritated when the fiddler Anne Brivonese popped up as lead vocalist. The annoyance had nothing to do with any shortcomings on her part; I justed wanted more of McFarlane. Great stuff, straight to the top of the Salut! Live Overlooked chart. 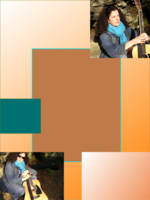 
Far from impenetrable, Now Then? nevertheless required that extra attention described above. Wendy Arrowsmith came so highly recommended that I was perhaps expecting too much too soon. The effort, I am glad to say, has been worthwhile. I have conquered initial doubts about the quality of the recording and gradually warmed to the vocal texture.
So now that I've found her, what works best? Without hesitation, the answer - for this reviewer - is the outstanding batch of traditional songs. The Great Silkie, MacPherson's Farewell and Smile In Your Sleep are all familiar from early folk club experiences, and she does them full justice. Not all of her own compositions made quite the same impact, though I was greatly impressed by her Iraq war lament To Be A Soldier, an intriguingly different look at slavery (Skipio) and a spot-on reminder (Are We Nearly There Yet?) for all parents who have undertaken long car journeys en famille .
Perhaps as a function of being thousands of miles from Wendy's Scottish roots and present North Yorkshire home, I have a suspicion that she is best encountered in live performance, and it is difficult to imagine anything other than pleasure from an evening spent listening to her. The worst that can be said about the album is that while it is excellent in parts, she probably has a better one in her.

* Apologies to John Jones and Ian Telfer, who initially merged as Ian Jones in this review. Sloppy error, rectified after sharp rebuke from Angela at talkAwhile